Here we are, the penultimate review in my review series on King Gizzard and the Lizard Wizard, reviewing one-by-one all five albums the band released in the Human Year 2017. Today’s subject is the fourth, and was released November 17th. 4. Polygondwanaland Among the most interesting aspects of this album is its release; the band released the album for absolutely free, and took a step beyond that, encouraging their fans to make their own vinyl pressings to sell, CD’s and even
Peter Newman

We’re three weeks into my 5-part review of King Gizzard and Lizard Wizard’s five releases of 2017, so correspondingly here is the 3rd album review, released August 18th. 3. Sketches of Brunswick East (with Mild High Club) Coming from another side of the Gizzard spectrum entirely is Sketches of Brunswick East, a jazzy, psychedelic record produced in conjunction with jazzy, psychedelic artist Mild High Club. Perhaps the most accessible of the five, both artist’s styles mix to n 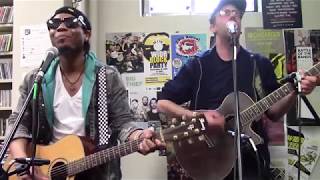 Hey, is this Longface?

For those readers who are unaware WIDR has been in the middle of hosting an amazing Battle of the Bands over the last month, and it has been symphonic slaughter of top-notch musical groups duking it out for the top spot to play with not only Longface, but also Atsuko Chiba at Shake’s! In honor of such noble sacrifice WIDR would now like to review an album of one of the bands that so many musician put their fingers on the line for! Now let us start this wonderful Longface albu
Peter Newman

I began my five-part review of the 2017 slew of albums provided to us by Aussie pysch-rockers King Gizzard and the Lizard Wizard last week, and I continue it today with the 2nd album, released June 23rd. 2. Murder of the Universe Easily the most controversial of the five albums, Murder of the Universe closes out the “Gizzverse Trilogy,” the three-album-spanning pseudo-narrative epic the band unwound starting with I'm in Your Mind Fuzz and Nonagon Infinity. Most of the interne 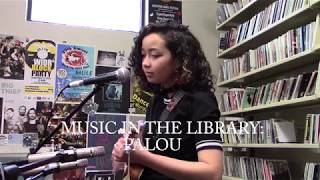 Music at the Library Ep. 22: Palou

WIDR FM has been given the opportunity to get to know Longface, the Chicago group that will be headlining for our this year's Battle Ground: Shake's Noteworthy for creating an unhinged musical satire around its namesake character, Chicago’s Longface employs clever guitars and elegant vocals to form a unique blend of twang, discord, and pop. An absurd universe of characters draws heavily on the curious imaginings of Kentucky-born artist and songwriter, Anthony Focareto (vocals
89.1 WIDR FM

WIDR FM has been given the opportunity to get to know Atsuko Chiba, the Canadian group that will be playing before Longface for our this year's Battle Ground: Shake's Can you tell me a little bit about the band and its background? How did you get into music? Have you always had the same sound – how has it changed? We all got into music for different reasons, but the reason we started this band was to have a musical outlet that didn’t have any restrictions. We wanted a proje
Sydney Aldrich

Mark your calendars WIDR listeners and get down with us at Shakespeares lower level for our Battle Ground celebration Friday, March 23rd. Our battle of the bands 2018 winner and your “fan favorite” will be performing alongside touring bands Atsuko Chiba and Longface! Atsuko Chiba is a liberizing band from Montreal, Canada whose sound ventures beyond the boundaries of genre conformity. They have revamped a blended sound of experimental prog- rock, post-punk, hip-hop, and psyc
Peter Newman

King Gizzard and the Lizard Wizard. With eight albums in six years, two self-promoted music festivals, and an independent record label that boasts artists like Babe Rainbow, the Murlocs, and even The Oh Sees, they’re hard to ignore. They’ve conquered the Australian psych scene ever since previous champion Kevin Parker decided to make a synth pop record, and after releasing seminal masterpiece Nonagon Infinity in 2016, one of the best records in a year that included David Bowi